Hey Y’all, Just got back from a fab trip up north to the Borders. Goes like this…

Get up early Saturday morning and hop on the stoopid o’clock train to Carlisle.
Bikes loaded up and ready to go on the platform 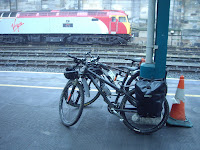 Rolled gently out of town on quiet roads. We’d planned a route towards Keilder using the Reivers Route. Later on that day we got to the forest and started our offroad adventure. 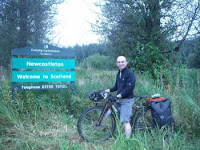 Following the Cross Border trail we ended up that evening at Keilder campsite. Trails were mostly fire road with a bit of soggy singletrack thrown in for good measure. Well signposted they crisscrossed the English/Scottish border. We resisted the temptation to rent a Pod when we got there and put the tent up before hitting the pub for some well earned nosh.

Next morning we woke to find everything covered in a foggy mist. Undeterred we packed up and headed out. We felt a little sorry for the triathlon competitors that morning as they’d have to navigate Keilder Water in the fog. After a swoopy diversion and more following of that same Cross Border trail we crossed a main road hitting the service station for coffee and cake before more confusion in the woods. After an initial bit of confusion we got onto the right bridleway. This route finding elation was short lived as half an hour later we got to a bushy dead end where a bridleway should have been. 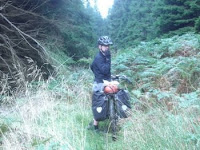 After a while longer than it should have been we emerged the other side of this particular clutch of trees only to find a huge area of vegetation where a track should’ve been. This was to be a frequent event on this trip – look at the map and there’s a bridleway – look on the ground and the forestry commision has obliterated it. On the upside there was a small building nestling in this trail wilderness and on further investigation it turned out to be a bothy – y’know, one of those little places restored and maintained to give shelter to those who enjoy a bit of the little wilderness left on these isles. 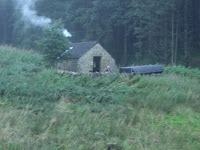 Next morning, early start – we headed up onto the Cheviots with the intention of a traverse – the mud, slop and motorised trail erosion had better ideas. After a brief stop for lunch at the mountain shelter near the Salters track we beat a hasty retreat from the rain and appalling trail conditions and hit the road to Craster. The campsite and Alnwick eluded us so we pressed on to the coast and the beginning of the Coast and Castles part of our tour.

That’s it for now folks, more to come… 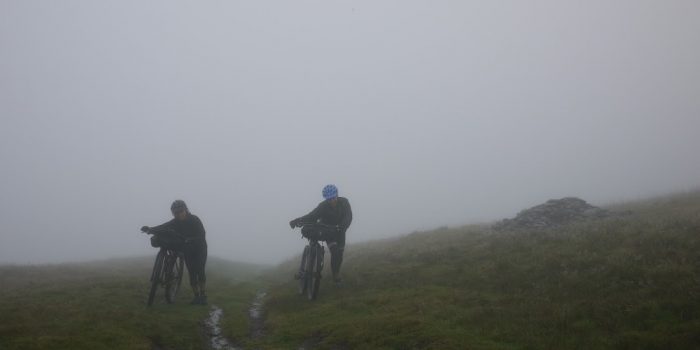 Back end of the Rhinogs to be more accurate. We went searching for dusty summer...

Some of you may have seen Jeff's blog post about his up and coming new...