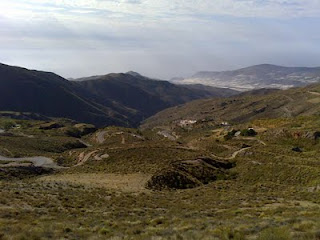 just got back from a week in spain with everyone at FreerideSpain in the very sunny Alpujarras region. We took the roadbikes for a last fling in the sunshine for 2009. It wasn’t the plan but somehow managed to ride every day…

up to the alledged second highest village in Europe, Trevelez, for the first run. A couple of hours up followed swiftly by a howler of a descent back into the valley – nearly missed our turn off as there was a van parked in front of the signpost – eek. Now that could have been a long detour into the wrong valley.

next day, off to the coast with Simon (our host). it went something like this,

made it to past the coast and half way back to Orgiva before things started to go a bit squiffy. note to self: if the first 40k out to the coast are at an average 38kph bloody slow down.

Another ride out to the coast on Wednesday. This time over to Castell de Ferro on the coast via Haza de Lino on the top of the hill and the never relenting climb from the coast through Polopos on the return. For a frame of reference the bar at Haza de Lino is at 1200m. It was very warm.

Saturday was a fab big 130k ride out almost to Granada before turning left and heading to a steady loop into the hills thru Jayena and Agron. There really is so little traffic out there that it seems like we had the place to ourselves. A bit cooler today but still around the 28 degree mark. Keep drinking and slapping on the sun cream. Never, ever pass up a chance to fill that water bottle out here. Some of the Spanish guys we saw out and about were already in arm warmers and tights but we were feeling close to fried a lot of the time.

If you own a road bike then maybe you should get out here sometime. The roads really are something else. The climbs are immense and the surfaces really are smoooth. Spanish drivers really have to be experienced. We were passed within 6ft a handful of times all week, y’know what? they all had UK plates. It’s almost like the locals would rather push another driver into a ditch than pass too close to a cyclist. Simon, Emma and Lee are great hosts. They’ll take you out and show you the best routes, leave you to explore with a map or anything inbetween.

time to give the legs a rest, easy commuting only for few days :o)

ps If you’re ever snacking at a cafe in Lanjaron and a cute pooch that looks a little like a German Short Haired Pointer comes begging, could you take him home to FreeRideSpain? He’s probably escaped again and has no shame. 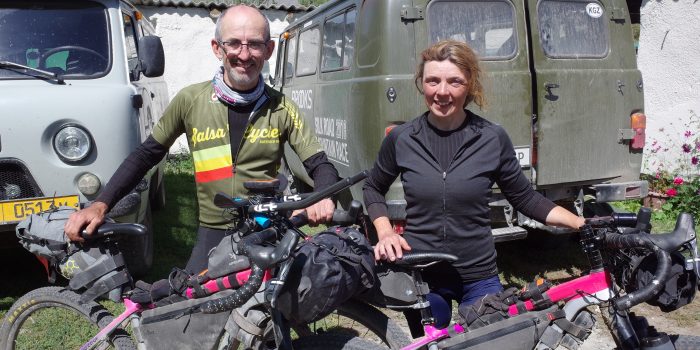 It took us 14 days to cover the 1700 kilometres to complete the first Silk... 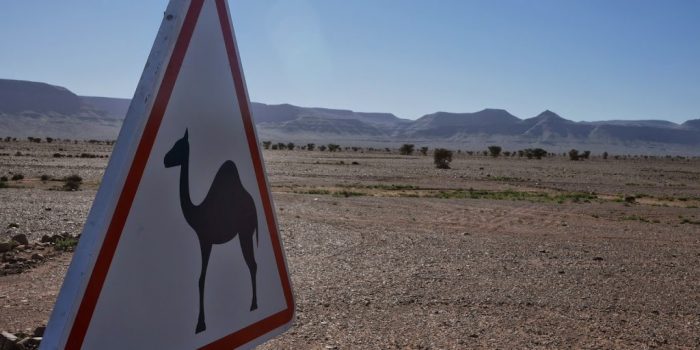 Donkeys on the Piste in Morocco

Many camels but not always where you'd expect.   We booked some flights to...